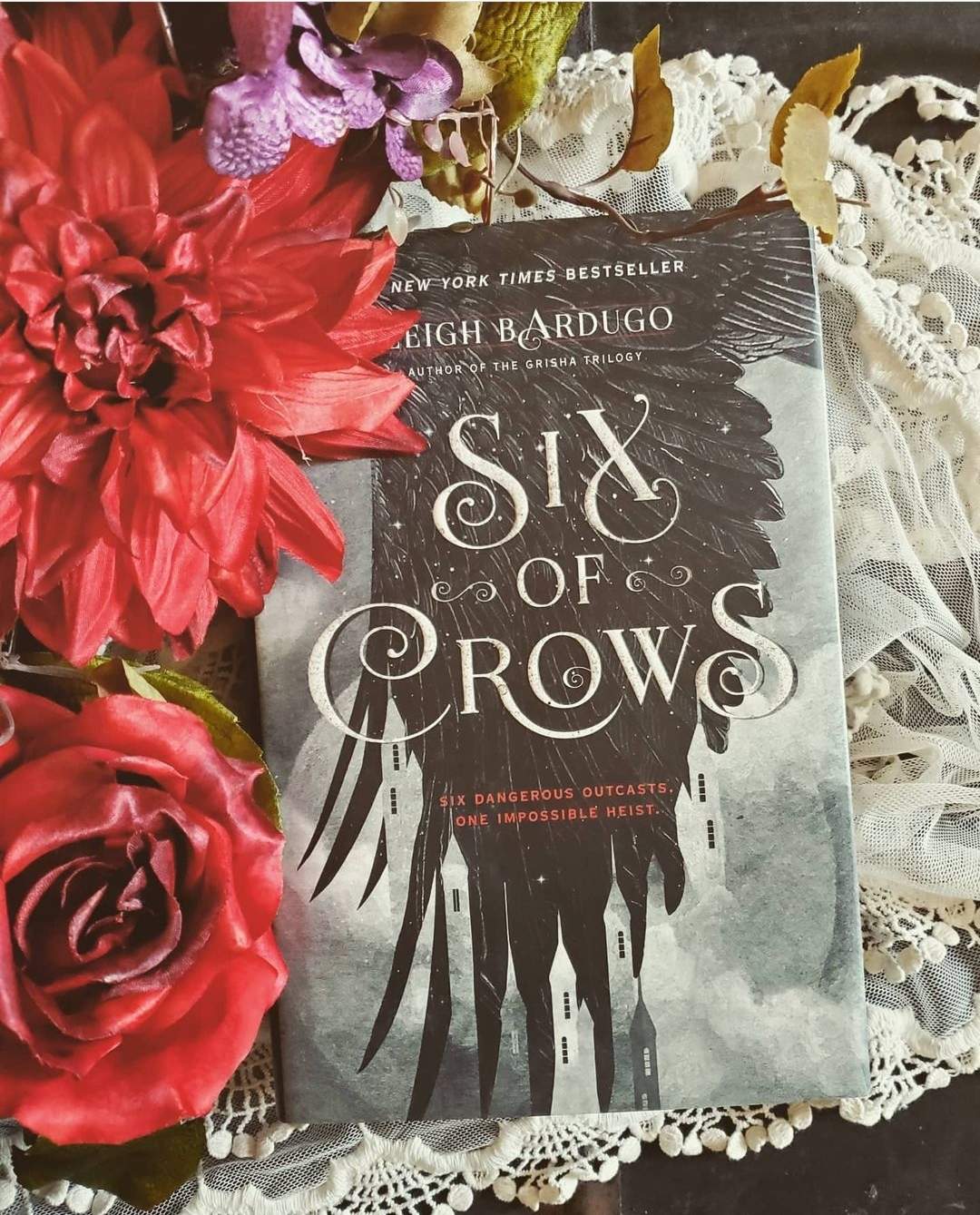 Six of Crows
by Leigh Bardugo
Kaz Brekker, youthful, influential and powerful criminal mastermind, is given a once in a lifetime offer he can’t refuse: an impossible heist.  Naturally, Brekker accepts the offer and begins to recruit a team mostly consisting of fellow criminal misfits with top notch skill sets such that include assassins, spies, thieves and more.  Of course, the team has one outlier, the innocent and unknown runaway.

This team, full of colorful characters, unique in their own skill sets and personalities, set out to accomplish the impossible.  One can’t help but root for this criminal team as they learn to trust one another, logistically plan the impossible, travel to new territories, fight the unknown in an attempt to execute the heist to the best of their abilities, despite all the unknowns and obstacles they encounter along the way.  This book, with chapters told from each criminal’s point of view, is excellently told and enrapturing from the very beginning.

The Sweetness at the Bottom of the Pie
By Alan Bradley
Set in the 1950’s English countryside, Flavia de Luce, a brilliant 11-year-old chemist and amateur sleuth, sets out to clear her father’s name from accusations of murder.  The unstoppable Flavia calls upon her tenacity and extreme wit to undertake this investigation by interviewing suspects, researching clues and ultimately beating the police department to the resolution of the case at hand.

Bradley has the unique ability to make the reader laugh, learn and ultimately fall in love with the precocious and tenacious Flavia; a girl full of clever witticisms, a scientific mind and a talent for infuriating her older sisters with her clever tact for sabotage and pranks.  The journey of the Sweetness at the Bottom of the Pie and Bradley’s subsequent Flavia de Luce novels will leave you wanting more and laughing throughout the entire journey.

Where the Crawdads Sing
by Delia Owens
“Out here, in the real remote, she was free to wander, collect at will, read the words, read the wild. Not waiting for the sounds of someone was a release. And a strength.” “Where the Crawdads Sing,” by Delia Owens is a modern-day masterpiece. Descriptive and informative, this story will give you a fresh perspective on nature, our environment, and what truly matters most in this world.

• The United States’ template of slavery was studied by Nazi Germans and was used as a template for their atrocities committed overseas during World War II.

• Currently, there are over 1,700 monuments to the Confederacy throughout the United States.

Overall, this book left me dumbfounded and consumed with disgust regarding the history of our country, its current state, and the daily discrimination people of color experience in our country.

“God will not hold us guiltless. Not to speak is to speak. Not to act is to act.”

“It is a fake crown that we wear, he came to realize.  He wished every dominant-caste person could awake to this fact.  My message would be to take off the fake crown.  It will cost you more to keep it than to let it go.  It is not real.  It is just a marker of your programming.  You will be happier and freer without it.  You will see all of humanity. You will find your true self.”  – Wilkerson pg. 364